This shrine has three main enshrined deities-Wakahirume-no-mikoto, Jingu-kogo, and Soto-orihime. Tamatsushima-jinja Shrine is also well known for it’s focus of worship on one of the three Waka Poetry gods, Tamatsushima-myojin. The Shrine has appeared in many poems of an ancient anthology. Included among those poets is Yamabe no Akahito, popular in the 700s. Let your mind slip into the antient times through Akahito’s eyes. Don’s miss the beaultiful view from Tengu-yama and Kagami-yama, both accessible from Tamatsushima-jinja’s grounds. 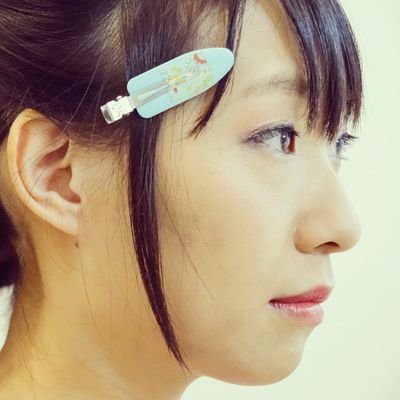 Rin
She is a travel blogger and YouTuber from Taiwan and lives in Kyoto. She's went to Wakayama City, on September 18th to 19th 2020. 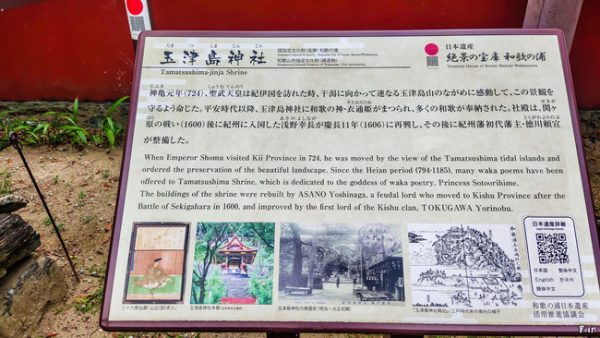 Since the Heian period, Tamatsushima-jinja Shrine has been enshrined with the goddess of Japanese poetry, Princess Sotoorihime, and many Japanese poems have also been dedicated here. 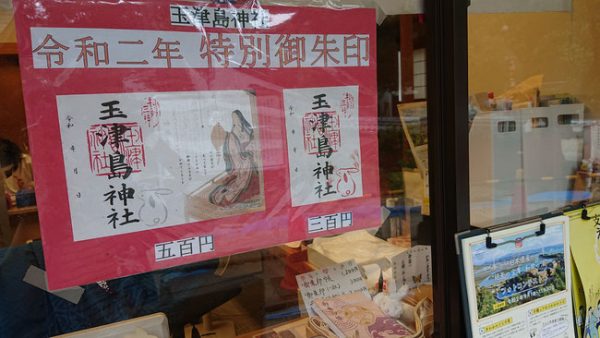 The special red stamp of the 2nd year of Reiwa has a picture of Sotoori princess, which is very beautiful!

A picture of a rabbit, the messenger of Tamatsushima Shrine, is also drawn at the bottom. 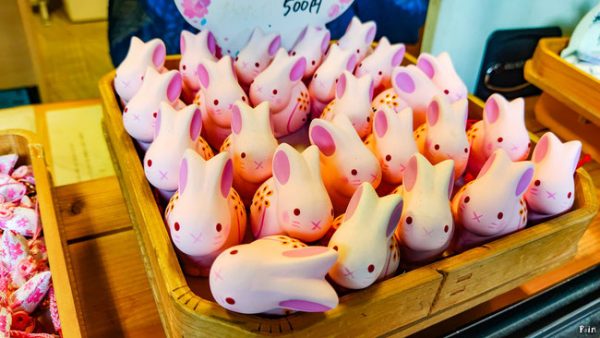 The cute “Happiness Rabbit Mikuji” has a flower picture on the rabbit’s body, so I can’t help but take it home! 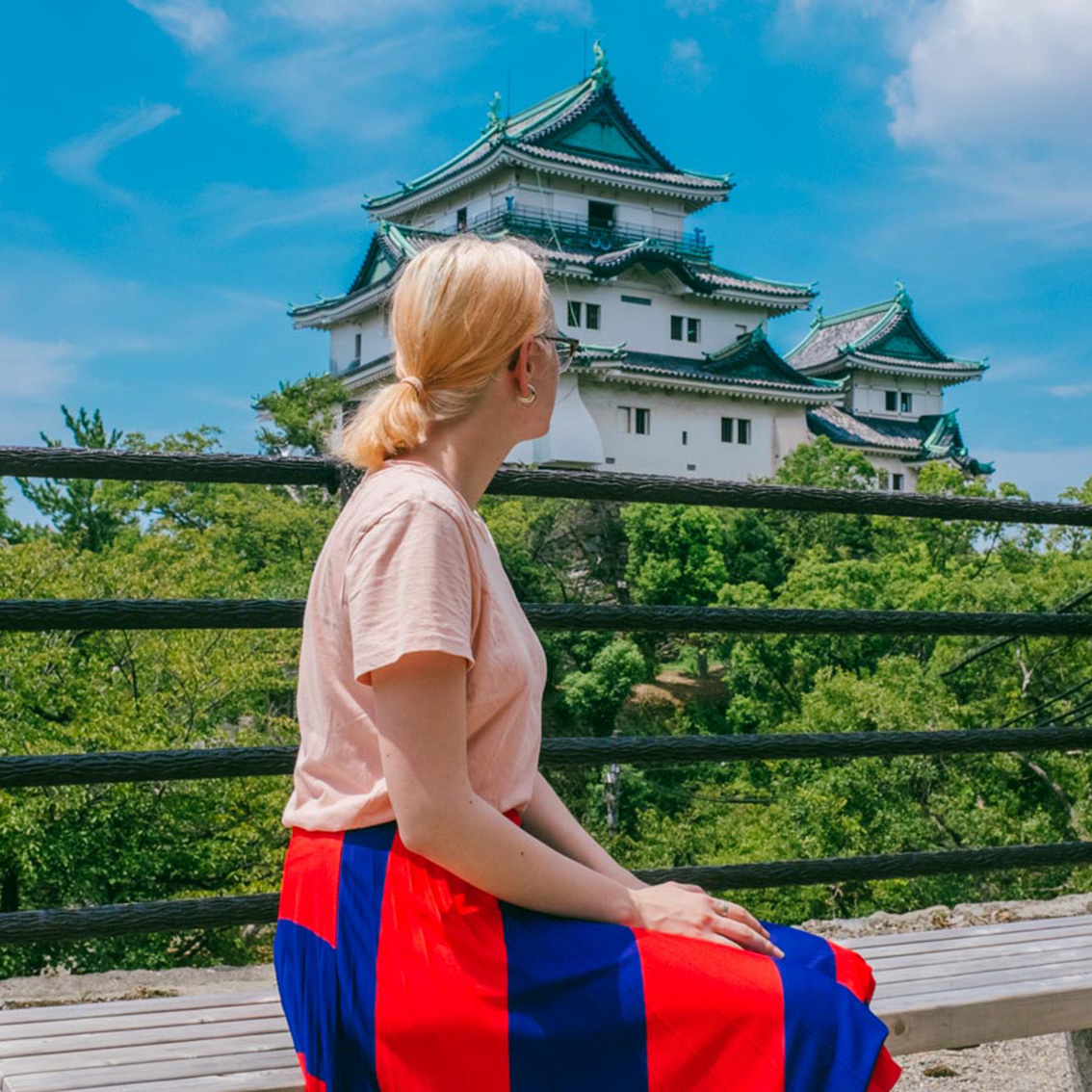 Romina Banu
Romina is originally Romanian and a real travel enthusiast. She is a photographer, videographer and writer who likes to help people find out more about traveling.

Her blog is "Miss Tourist".
https://misstourist.com/

I wasn’t kidding when I told you Wakayama-City is full of wonderful, unique ancient temples!

Tamatsushima-jinja Shrine has been a continuous inspiration for Japanese poets and it appears in many poems. This shrine is located in a residential area and it is just as peaceful as the others I’ve visited in the city! You can take your time and admire the statues, take pictures and maybe even buy a trinket (a small object that will bring you luck) from the souvenir shop to bring back home.

WHY YOU SHOULD DEFINITELY ADD WAKAYAMA CITY TO YOUR JAPAN ITINERARY 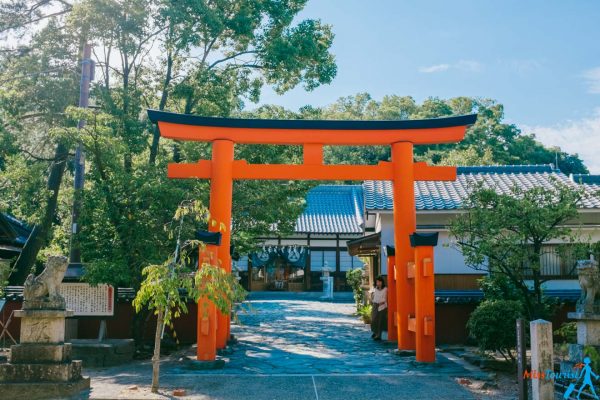 Pro tip: If you have some more time on hand, go behind the shrine where you will find a path to Mt. Kagamiyama. If you walk for less than 5 minutes you will get on top of the mountain and the view is absolutely stunning! After you finish your visit at Tamatsushima Shrine, you can also head out to Furobashi Bridge – it is really close to this shrine and nice to see. It is a beautiful arched bridge made of stone, built in the 19th century.

How to get there: From Wakayama Station, you take bus no. 24 and get down at Tamatsushima-jinja-mae station (about 25 minutes). Price of the ticket is 380¥.

WHY YOU SHOULD DEFINITELY ADD WAKAYAMA CITY TO YOUR JAPAN ITINERARY 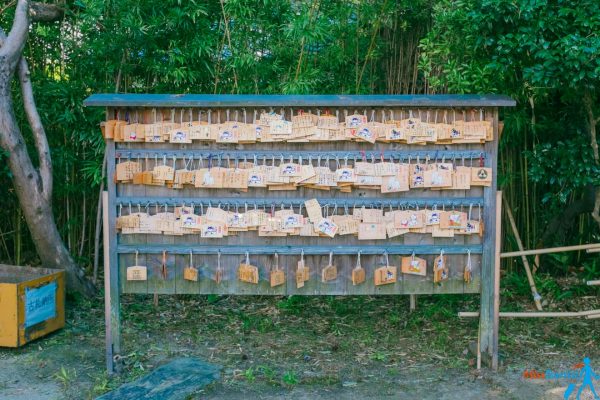 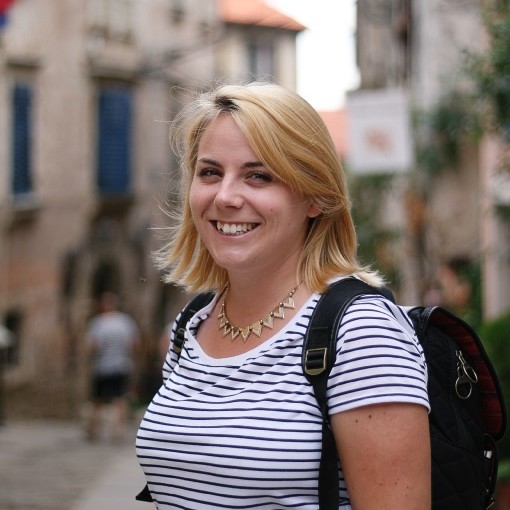 Emily Luxton
She is a travel blogger and freelance writer.
In the beginning of December,2016,she took a trip to Wakayama City.
Her blog is “Emily Luxton Travels”. http://emilyluxton.co.uk/

Another ancient temple, Tamatsushima-jinja Shrine in Wakanoura has been popular with Japanese poets for centuries and appears in many works. Don’t miss the climb to the top of Mt. Kagamiyama behind the shrine – it only takes a couple of minutes and there are some great views from the top.

”MY SECRET WAKAYAMA CITY GUIDE – JAPAN OFF THE BEATEN PATH”